A city known for its effervescent energy, New Orleans truly is one of the most enchanting places in the world.

When I think of New Orleans, I instantly hear the soothing sounds of the saxophone and smell the sweet aroma of fresh beignets. I yearn for its picturesque beauty and soulful vibes. The city’s intriguing mystique has a way of seducing your mind and enticing your soul.

I went to NoLa for the first time a couple of months ago with my husband to attend our friends’ wedding. Since neither of us had ever been there before, we decided to stay for a few days and make it a mini vacation. We met up with a few of our good friends who were also down there for the wedding, and explored the city together.

Whether this is your first time visiting New Orleans or you’re a frequent visitor, the city’s irresistible spirit is guaranteed to motivate you to see and do everything the city has to offer. As much as we wanted to check everything on our travel list, we only had limited time so we tried to squeeze in as many activities as we could.

How To Experience The Magic of New Orleans 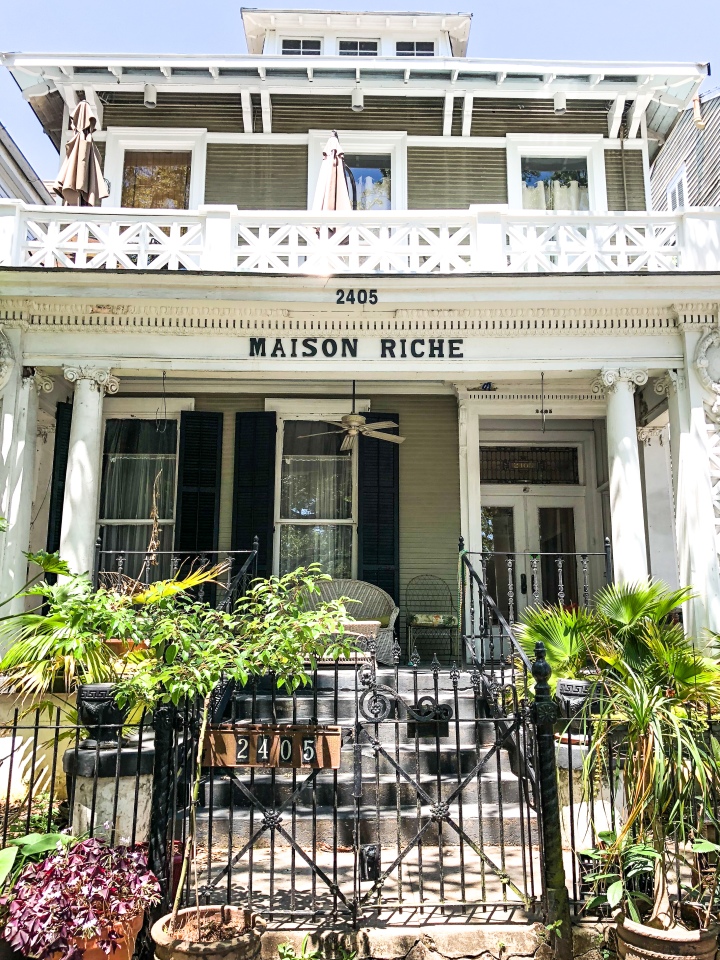 New Orleans is well-known for its distinct Creole culture and vibrant history. Founded by the French, ruled by the Spanish, and later purchased by the United States, this historic city is home to a unique melting pot of culture, food, and music.

Start your day with a stroll down St. Charles Avenue

We stayed uptown at a charming airbnb located right on St. Charles Ave. Dubbed as “The Jewel of America’s Grand Avenues“, New Orleans’ St. Charles Avenue hosts the most breathtaking historic mansions in the South. It is lined with gorgeous old oak trees sparkling with Mardi Gras beads that mark up the iconic carnival route. We sipped our morning coffees (and screwdrivers) as we strolled up and down the avenue for a few hours, admiring the gorgeous mansions and secretly hoping to catch a glimpse of someone famous out on their morning run.

Skip the Uber and continue your adventure with the St. Charles Streetcar Line. Used by both local commuters and tourists, the streetcar line runs along its namesake street, St. Charles Avenue. It’s a 13-mile, 90-minute roundtrip journey that starts at the top of St. Charles Ave and ends just outside the French Quarter on Canal Street. It’s a fun and inexpensive way to get around the city, and you can hop on it on several stops along St. Charles Avenue.

Travel through time in the Historic French Quarter

Vieux Carré Historic District, or more commonly known as The French Quarter, is a whimsical combination of the Old World and the New. Hybrid electric vehicles run alongside 18th century streetcars and horse-drawn carriages down a street where 250-year-old Creole townhouses sit next to a modernist skyscraper. This historical town buzzed of otherworldly energy that is unlike anything I’ve ever experienced before.

Walk (or wobble) down Bourbon Street

One of the oldest streets in America, Bourbon Street, also known as “Rue Bourbon”, dates back to 1798 when New Orleans was founded by Jean-Baptiste Le Moyne de Bienville. This world-famous street is lined with restaurants and bars that flaunt cheap drink specials on bright neon signs. Countless varicolored beads hang exquisitely from cast iron balconies as if they were carefully placed there to highlight the street’s je ne sais quoi. The smell of mango daiquiris, spilled beer, Cajun spices, and muddy swamp water filled the air. It was absolutely delightful. 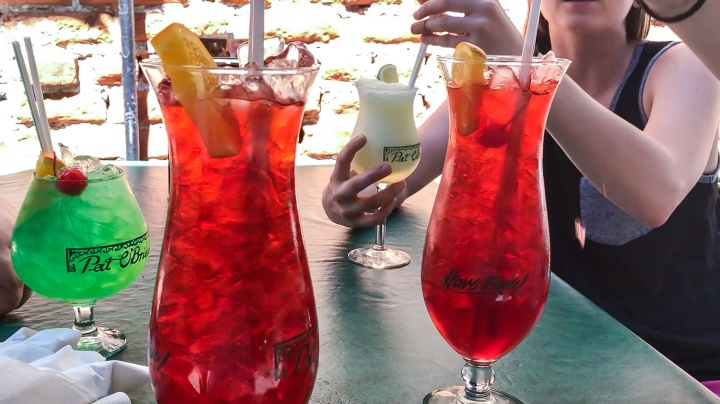 Today, Bourbon Street is home to a parade of tourist spots and iconic bars. One of which is the famed Pat O’Briens Bar, which was our first stop. Pat O’Bs is a popular establishment with a piano bar, a bourbon bar, and a scenic courtyard. They offer a variety of delish Creole food and a speciality cocktail aptly named the Hurricane. One glass of this scarlet stinger and you’ll understand the reasoning behind the name.

One simply can’t visit the Deep South and not have a taste of authentic Southern grub. My first time having it was love at first bite. My husband and I shared a sampling of the classics: homemade gumbo, jambalaya, red beans and rice, shrimp creole, and alligator bites (not pictured).

I’m not gonna lie, I was a little apprehensive about the alligator bites at first, but they actually weren’t too bad. They tasted exactly like chicken (if chicken was soaked in the bayou for a few days then smothered with Cajun spices). But overall, I can confidently say that Creole cuisine is a definite A+. 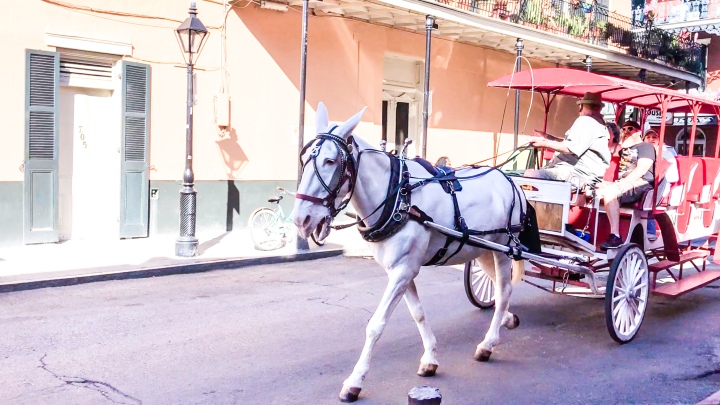 Before the motor gods blessed us with modern vehicles, horse-drawn carriages were the only way to get around in New Orleans for hundreds of years. Thanks to the city’s commitment to preserve history, we are able to experience this romantically rustic way of getting around today.

Being one of the oldest cities in the country, New Orleans is an amalgam of rich cultural history and fascinating tales of the paranormal. We went on a “5-in-1 Haunted History Tour” which was lead by a vampire named Toast (#truestory). The tour covered real life unsolved murders and crimes of passion that left their ghostly imprints in NoLa’s history. They also told eerie tales of the origin of vampires, voodoo, witches, and spirits. Whether or not you believe in the paranormal, a ghost tour is a fascinating way to see the New Orleans. 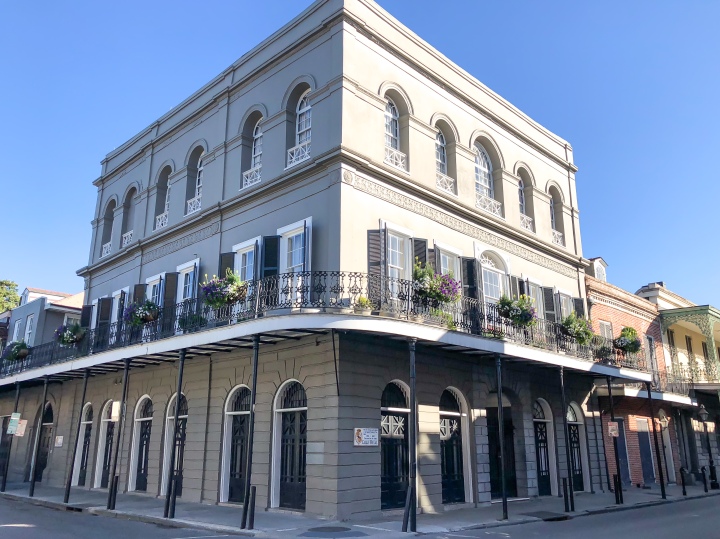 If you’re a fan of American Horror Story like myself, then I’m sure you’re familiar with the infamous Madame LaLaurie and her cursed mansion. Located on 1140 Royal Street, The LaLaurie Mansion is known as the site of the torture and murder of several slaves owned by influential New Orleans socialite, Madame Marie Delphine LaLaurie. She and her husband, Dr. Louis LaLaurie, moved into the mansion in 1832, which they used to flaunt their massive wealth by hosting lavish social affairs for New Orleans’ elite. Unbeknownst to the guests, while they were reveling in their hostess’ generous hospitality, right above their luxurious soirée was a ‘torture room’ so gruesome, it’s not for the faint of heart… or stomach.

On April 10, 1834, a fire broke out in the kitchen of the mansion, resulting in the discovery of the tortured slaves and the horrific, unspeakable conditions they were constrained to. Word about the torture room quickly swept through town prompting a furious mob to assemble outside and storm the mansion. However, Madame LaLaurie and her family were nowhere to be found. Their whereabouts after they fled were unclear, but it is known that Marie Delphine LaLaurie died in Paris in 1849.

Since then, the mansion has been rebuilt and restored a few times. In 2007, actor Nicolas Cage purchased the cursed mansion only to put it back on the market a year later after running into financial troubles caused by ‘mysterious reasons’.

Voodoo culture originated from coastal West Africa and is said to have landed in New Orleans during the transatlantic slave trade, when a huge percentage of newly-arrived captives set foot in the French colony of Louisiana. The spiritual belief is born of the African ancestral religion known as vodoun – which is a belief in the existence of one supreme God, who is attended by various spirits (loa), often manifested by the elements.

Voodoo grew to be a crucial spiritual influence in New Orleans, despite Catholicism being the principal religion during the French and Spanish colonial era. The religion’s most prominent period was between the 1820s – 1860s when native-born Creole, Marie Laveau, usurped the position of ‘voodoo queen’.

Marie Laveau was a beautiful woman of mixed descent with caramel-colored skin and piercing eyes. She grew up in New Orleans and learned the practice of Voodoo from a wise, local Voodoo priest. She eventually became a powerful force in Voudon magic and also served as a powerful figure in the community with connections to the town’s political and religous leaders. Everyone from the new slaves to the rich white women of New Orleans would join Laveau’s Voodoo gatherings or ‘circles’.

Marie Laveau’s power and wisdom made a big influence on New Orleans history in the nineteeth century. People went to her for a myriad of reasons: healing, protection, relationship advice, business and legal issues, and much more. She aided the poor and needy which lead some people to believe that Laveau was actually a saint.

Get a Tarot card reading 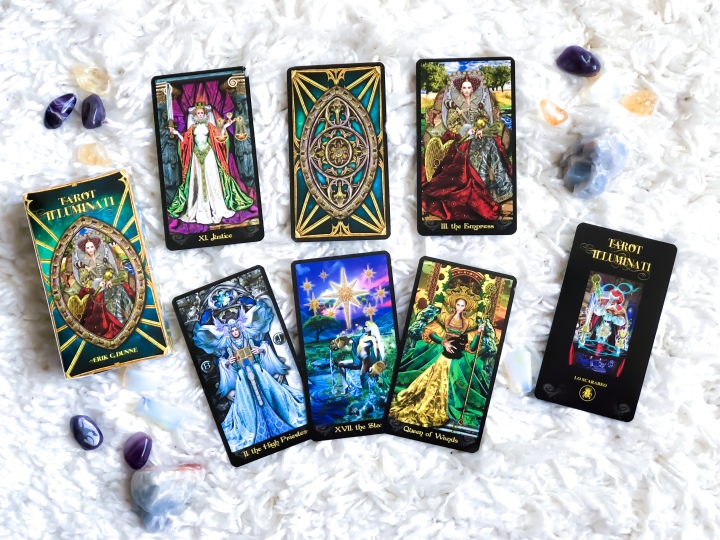 If you’ve never done a tarot reading before, New Orleans is the perfect place to pop your psychic cherry. As a hub for paranormal enthusiasts, the city is filled with psychics, mediums, and spiritualists that offer several different types of readings. Tarot is perfect for self-development, decision-making, manifesting goals, meditating, and harmless entertainment. 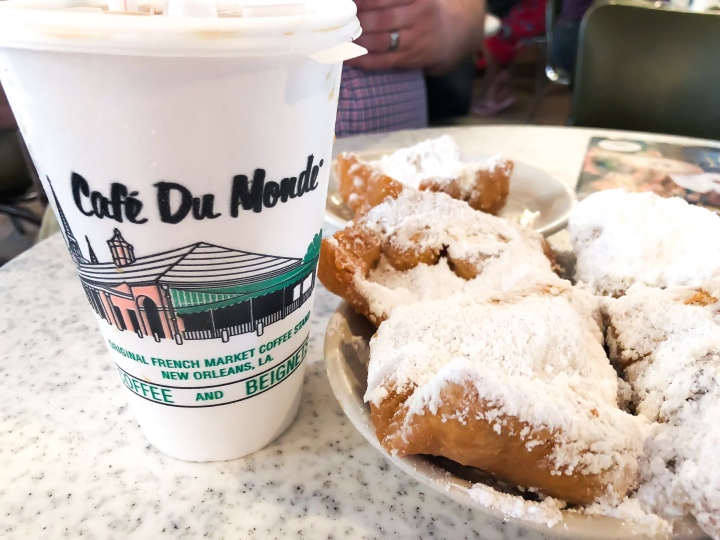 Ohh, Café du Monde. Nothing perks you up more after a long day of exploring than a steaming (or frozen!) cup of dark roasted coffee & chicory au lait, and a plate of fresh hot beignets. The original Café de Monde Coffee Stand was established in 1862 in the New Orleans French Market. Today, the cafe is open 24/7 and is visited by tourists from all over the world.

Whether you want to get up and dance or chill back and relax, nothing lightens up the room more than a live jazz band. The roots of jazz emerged from the African-American community but later became a popular phenomenon that drew many communities and ethnic groups in New Orleans. Since most events in New Orleans were accompanied by music, the mutual aid and benevolent societies formed a special collaborative relationship with the city’s brass bands to play at events like concerts, political rallies, funerals, athletic events, church festivals, lawn parties, weddings, and parades.

The phenomena of community participation in parades became known as “the second line”. If you ever get a chance to experience it, do it because it is SO. MUCH. FUN! I was fortunate enough to be a part of a second line at the wedding I was down there for. The festive jazz band lead the lovely bride and groom, and all of us guests out from the dance floor and lined us up outside the Governor’s Mansion all while playing the classic When The Saints Go Marching In. We danced down four or five blocks waving white handkerchiefs with the newlyweds’ stamp on it and ended our parade at the bride and groom’s favorite watering hole. It was a great way to end the night as well as our New Orleans trip.